Tragically, millions of children all over the globe have become orphaned for many reasons: war, famine, displacement, disease or poverty. Of the more than 155 million children classified as orphans, 15.1 million have lost both parents.

Throughout Scripture, God has expressed his concern by asking that His people show concern and care for orphans. He pictures Himself as “A father of the fatherless, a defender of widows, Is God in His holy habitation” (Psalms 68:5).  Adoption is one of the metaphors used in the Bible to explain how Christians are brought into the family of God. Jesus came “that we might receive adoption to sonship” (Galatians 4:5), and He was successful: “You received God’s Spirit when he adopted you as his own children” (Romans 8:15, NLT).

Outside of Scripture, the first people to officially care for orphaned children were the Romans, who opened the first orphanage in history in around 400 AD. Long before then, however, both Jewish and Athenian law required that orphans be supported until age 18. The philosopher Plato once said, of adopted orphans, “A man should love the unfortunate orphan of whom he is guardian as if he were his own child. He should be as careful and as diligent in the management of the orphan’s property as of his own or even more careful still.”

Generations later Seventh-day Adventists were reminded of their responsibility to care for orphaned children. The way they cared for these children along with others who have “special needs” was presented as a test of their character.  Note the following:

I saw that it is in the providence of God that widows and orphans, the blind, the deaf, the lame, and persons afflicted in a variety of ways, have been placed in close Christian relationship to His church; it is to prove His people and develop their true character. Angels of God are watching to see how we treat these persons who need our sympathy, love, and disinterested benevolence. This is God’s test of our character.

It is strange that professed Christian men should disregard the plain, positive teachings of the word of God and feel no compunctions of conscience. God places upon them the responsibility of caring for the unfortunate, the blind, the lame, the widow, and the fatherless; but many make no effort to regard it. —Ellen White in Testimonies for the Church 3:511,.517

Adventist Possibility Ministries supports the many approaches of care provided for orphans, but all need to show concern and care.  The ultimate goal is to provide for a loving, caring home in which these children will grow up to love and serve Christ as their Friend.  The following counsel given by Ellen White is indeed noteworthy,

Let those who have the love of God open their hearts and homes to take in these children. It is not the best plan to care for the orphans in large institutions. If they have no relatives able to provide for them, the members of our churches should either adopt these little ones into their families or find suitable homes for them in other households. – Ellen White in Counsels for the Church, p. 286.

Adventist Possibility Ministries is appreciative of the several Adventist organizations working for orphans and vulnerable children. Please see our website at:  http://www.possibilityministries.org. 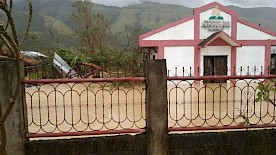 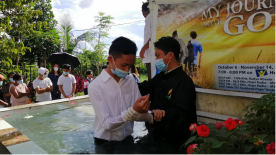 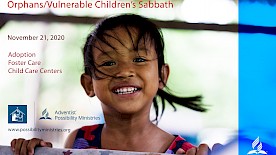 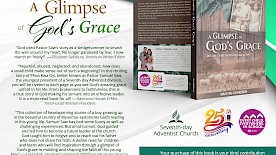