Pastor Saustin Sampson Mfune hails from the country of Malawi. He joined the GC Children's Ministries Department during the 2010 GC Session which was held in Atlanta, Georgia.  Before his appointment to the General Conference, Dr. Saustin had served the church in different capacities; as a local Church Pastor, Secondary School teacher,  Lecturer at Solusi College in Zimbabwe as well as Head of Theology Department, Departmental director on the Conference and Division levels in children's and youth ministries, chaplaincy, and Sabbath School, and the President of Malawi Union Mission

For his educational background, Dr. Saustin obtained his Master of Divinity and Doctor of Ministry degrees from Andrews University, Michigan, USA. He has great musical abilities and enjoys working with children. Thus, during his leadership at the General Conference under the Children's Ministries, he dedicated much of his enjoyable time to composing children's songs, writing musical dramas for children, and working with children's choirs.

He has authored several books including, Parenting for Heaven, 111 Tips for Raising Godly Kids, African Adventure Stories Vol. 1 and 2, and Steps to Christ Activity Book.  He has also written for the Ministry Magazine as well as for local newspapers in Malawi.

He is married to Gertrude who holds a Masters’ degree in Family Consumer Sciences (Food and Nutrition). They have 4 children. Two are in Malawi and the other two are with them in the USA. Those in Malawi are Dumisani who is a Mathematics Lecturer at Mzuzu University in Malawi and Pastor Dingani, a graduate of Adventist University of the Philippines, Pastors in Lilongwe, the Capital City of Malawi.  Those in the USA are Gwahm, who holds a B.Sc degree from Washington Adventist University and works as a Respiratory Therapist at Washington DC Children's Hospital and Homerson, who holds a diploma in HVAC (Heating, Ventilation, and Air Conditioning) from Lincoln Tech College, works for UPS (United Postal Services). The Mfunes have four grandchildren.  Shaneequa, Skyla, Jayna, and Jourdan. 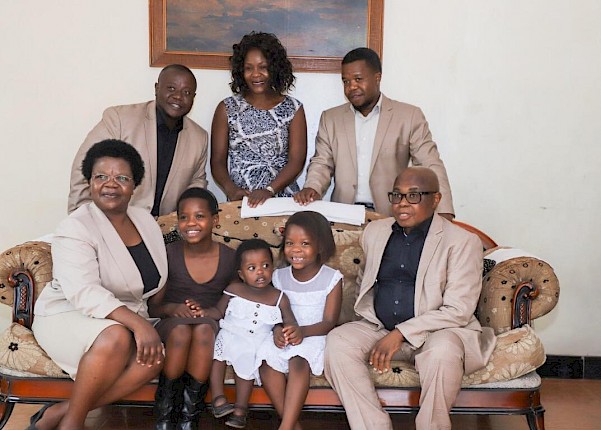 Friends of Dr. Saustin nickname him 'A little giant' – a small man with a big voice. Through his God-given storytelling and singing gifts, he easily connects both with children and adults. He has been indeed very passionate about sharing the gospel and hope for salvation to all ages. He has spent much of his time in finding ways and means to be the channel of overflowing blessings to children around the world.

Dr. Orathai Chureson, SSD Children's Ministry Director has a direct message to her leaving boss as follows: " I would like to congratulate Dr. Saustin Sampson Mfune for your well-lived life and exemplary leadership in Children's Ministries at the General Conference! You have set a pattern of huge footsteps for us to follow and filled in; nevertheless, the outlines are clear and inspiring with his positive attitude, godly guidance, and dedication to ministry to the young ones. Your encouraging presence is going to be genuinely missed. It has been such a great pleasure for us all working with you for the past five years, and for many directors at the unions, conferences, and missions in Southern Asia-Pacific Division territory, it would be over five years in their association with you. To us all, Dr. Saustin, you have been a great leader, colleague, and friend. The countdown will be officially ended in June, but we know that nothing can stop your love for the service of the Lord. You will continue to serve selflessly in different capacities by using your talents to bring great blessings to many. Well done, you are indeed God's faithful servant! We wish you a happy, healthy, and blessed retirement! 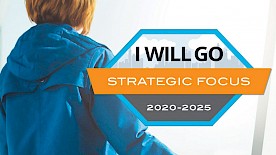 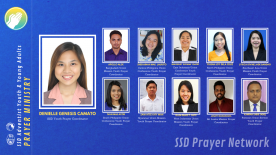 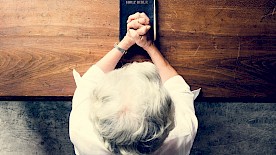 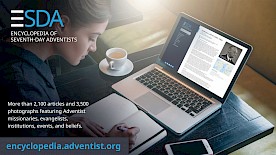